Sirena's Gallery is the brainchild of Christine Sloan Stoddard, who wrote, directed, and starred in the film. 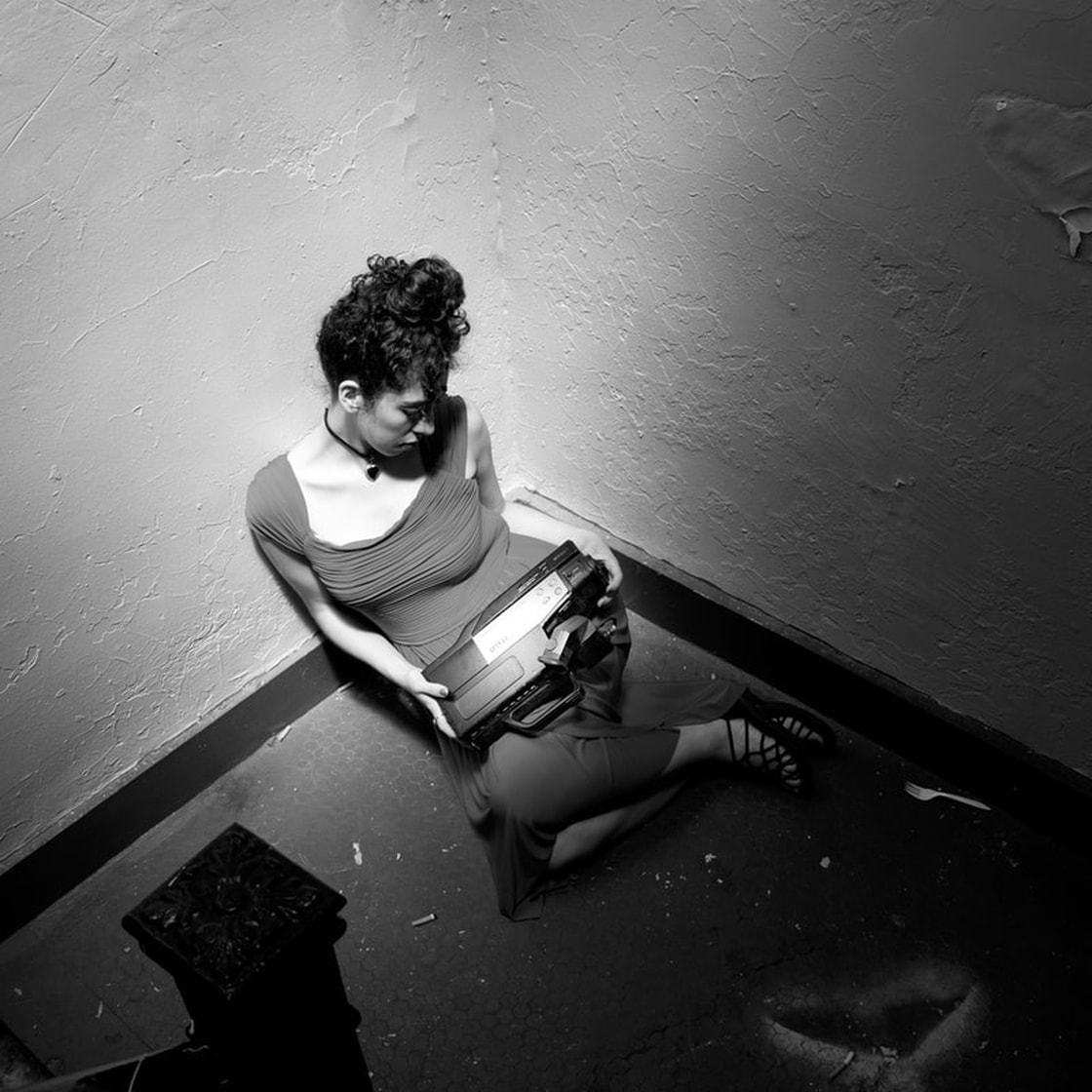 Director's statement:
Though Sirena's Gallery was borne from my graduate school musings and experiments at The City College of New York-CUNY, it was rooted in my long-time fascination with Richmond, VA. I lived there as an undergraduate and in my earliest career days, and frequently returned for visits and projects. It was a city I knew intimately and, in many ways, the ideal location for a story steeped in nostalgia. Still haunted by Richmond, I conceived the story for Sirena's Gallery while living in New York City, not at all a land of kudzu and honeysuckle. It moves too fast for vines to creep along and hide old secrets. Harlem is no exception to NYC's rules about speed and pacing. While studying the visual and performing arts in an interdisciplinary program, I learned about NYC's contemporary art ecosystem. Each day brought a new revelation about the power structures and dynamics at play. My studies culminated in a semester-long project. I planned my MFA thesis exhibition for the library archives gallery and took residence there. Spending so many hours in the gallery began to shape the work itself and inspired me to develop new stories and characters. I imagined the life of a gallerist caught between market concerns, her own ideas about art, and her secret desire to create. Thus, the prototype for Sirena came to be.

I knew I wanted Sirena's story to take place in Richmond because, as a Virginian and New York transplant, I could not help but compare the cities' art scenes. I was drawn to the concept of commercial pressures for gallerists outside of New York City. When the pandemic hit, I had to pivot and adapt the story just as all artists and arts organizations were pivoting and adapting. I wondered how the pandemic might affect the life and career of someone like Sirena. Geography seemed to flatten as virtual communications and e-commerce reigned supreme. How would Sirena survive these changes while navigating both personal loss and the universal loss nearly everyone during the pandemic felt?

As I see it, Sirena's journey is a poem. Layered, simultaneous emotions and images overpower distinct events. She must take this life one day at a time, even as the days blur together in quarantine and in her grief. Speed and advances in the the virtual world do not always translate to the physical world. That's true for New York City and Richmond alike. To quote Johnny Cash, “There's no way around grief and loss: you can dodge all you want, but sooner or later you just have to go into it, through it, and, hopefully, come out the other side. The world you find there will never be the same as the world you left.” 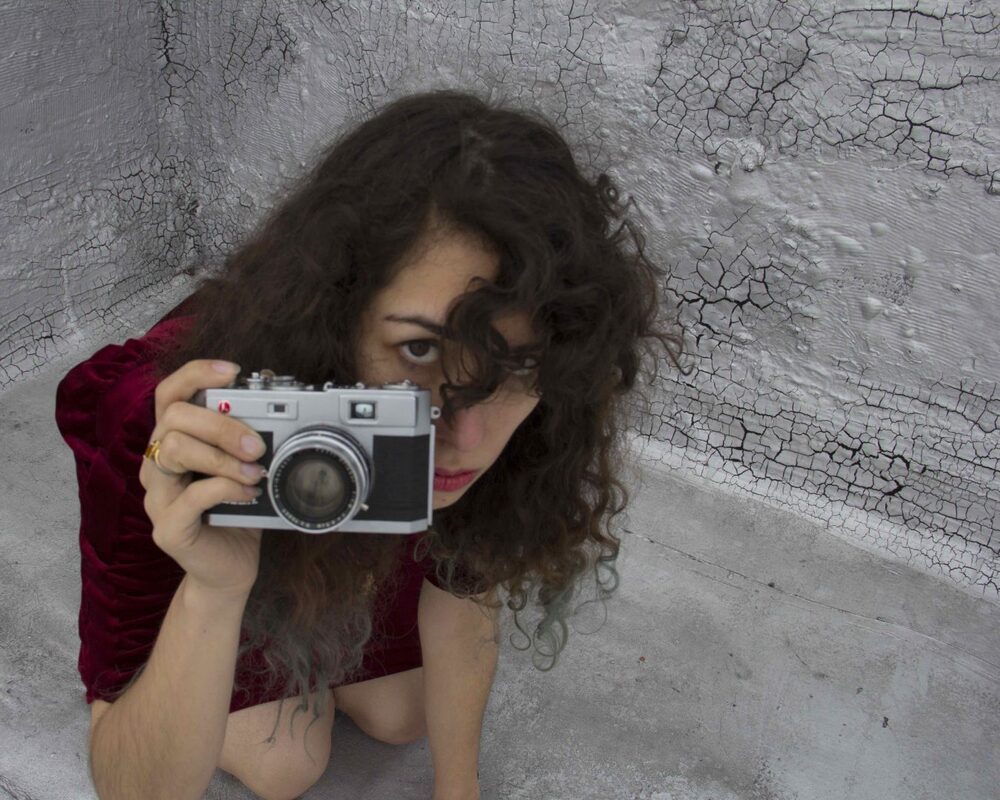 About the director:
​Christine Sloan Stoddard is a Salvadoran-American writer and artist creating films, books, plays, murals, and more. She founded Quail Bell Magazine, the feminist podcast Badass Lady-Folk, and the studio Quail Bell Press & Productions. Her newest poetry and photography book is Heaven is a Photograph, a collection about an art student who finds her power behind the lens, as featured in the Portland Review. Additional titles include Hello, New York: The Living And Dead, Naomi & The Reckoning, Desert Fox by the Sea, Belladonna Magic, and Water for the Cactus Woman, among others. Previously, she was the first-ever artist-in-residence at Lenox Hill Neighborhood House in Manhattan and served as an inaugural AnkhLave Garden Fellow at the Queens Botanical Garden. A few of her honors include Ms. Magazine's "Ms. Muse," the Puffin Foundation's national emerging artist grant, and Style Weekly's "Top 40 Under 40" in Richmond, VA.

As of 2020, Stoddard's short film Bottled is available for streaming on Amazon Prime Video, with her shorts Butterflies and Drunken History now on Amazon Prime Video UK. Throughout the pandemic, she has continued making theater with Soundscape Theater, the Dramatists Guild of America, the Downtown Urban Arts Festival, The Merry Beggars, Riant Theatre, DC Theatre Alliance, the Long Island Theatre Collective, and other organizations. Currently, her films Brooklyn Burial and Sirena's Gallery are making their festival circuits. Sirena's Gallery is her first feature film.

Stoddard is a graduate of VCUarts in Richmond, VA and holds an MFA from The City College of New York-CUNY in Manhattan. She splits her time between New York City and her native Virginia.
Also by the director:
And other projects! Find out more at WorldOfChristineStoddard.com.